The story of Ehlers Estate is one of passion, patience, and hard work, intertwined like the tendrils of robust vines that have been part of the landscape here since the mid-1800s.

It was the lure of winemaking that tempted Bernard Ehlers to buy a small, dying vineyard in the late 1800s and embark on a quest to create the winery that continues to bear his name.  He replanted his newly-acquired 10-acre vineyard, established the olive grove that still thrives today and in 1886 completed construction of the stone barn that is now our beautiful winery building. His original Bale Mill Winery continued to operate long after his death, run by his wife until the 1920s and then by successive new owners who took advantage of its prime location and unique terroir. 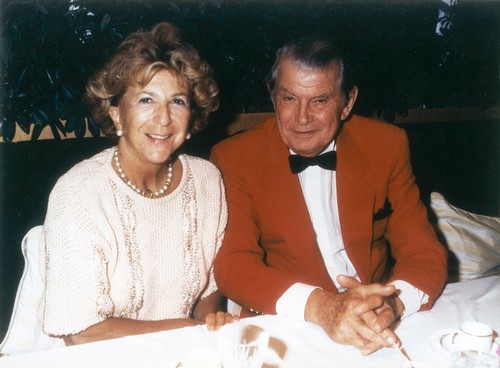 A century later, another husband and wife team discovered the lure of this idyllic spot in the heart of the Napa Valley.  French entrepreneurs and philanthropists Jean and Sylviane Leducq saw the potential for this region to produce wines with the power, balance and structure of the finest Bordeaux bottlings they knew and loved.  Over several decades they patiently built a contiguous wine estate – common for French chateaux but increasingly rare in California.

With the help of renowned enologist, Jacques Boissenot, they gradually acquired individual local vineyards as they came up for sale and replanted with the most suitable clones and rootstock. By the turn of the century they had created the 42-acre estate we farm today, with Bernard Ehlers’ original stone barn and vineyard at its heart and the Ehlers name once again poised to grace wine labels. The 21st century began with the release of the very first vintage from the Leducqs' new Ehlers Estate.

Developing the winery had become a passion project for Jean and Sylviane, one they shared long after the sale of their other successful businesses in Europe.

In 1996, Jean and Sylviane established the Leducq Foundation, an international grant making organization to support research in cardiovascular disease and stroke. Their work continues through the efforts of the Foundation’s leadership, Mr. Martin Landaluce and Dr. David Tancredi. With over 20 years of service on the Board of Directors, Martin and David bring professional experience and personal passion to the continuation of Jean and Sylviane’s vision.

Martin currently serves as President of the Board of Directors of the Leducq Foundation, which he helped to set up with Jean and Sylviane Leducq after the sale of their business. He oversees investment and spending policies of the Leducq Trust and, with Dr. Tancredi, represents Leducq on the Broadview Board of Directors. Martin was raised and educated in Madrid and currently resides in London.

Dr. David Tancredi is the Executive Director and member of the Board of Directors of the Leducq Foundation. Since 2004, he has overseen the development of the foundation’s signature program, the Transatlantic Networks of Excellence in Cardiovascular Research.  As President of Broadview Ventures, he oversees a venture philanthropic program created by the Leducq organization to support the development of technology for the diagnosis and treatment of cardiovascular disease and stroke through targeted, early stage investment. Dr. Tancredi holds a medical degree from Harvard Medical School and a PhD in sociocultural anthropology from the University of Chicago.

Having long-standing relationships with Leducq prior to the creation of the Foundation, Martin and David bring sincerity and a personal connection to their roles.

Martin’s parents were lifelong friends of Jean and Sylviane, so he had been close with them since birth. In the late 1990’s, Jean and Sylviane called upon Martin to help develop the Foundation and he hasn’t looked back since. He’s stated that “it’s been my only professional job and I hope it’s the only one I ever have.”

David’s father was Jean’s cardiologist when he was in the Mayo clinic for a cardiac bypass operation in the early 1970’s. During that time, the families formed a lasting friendship. Jean asked David to become involved in the Foundation as David was finishing his training in emergency medicine and PhD in medical anthropology.

Martín and David are grateful to the many outstanding, talented people who have contributed to the development of the foundation over the years.  They are, each one, quick to recognize the vital importance of the role of the other, and to express how well their partnership has evolved over the years.  Together they embody the vision, passion and dedication that Jean and Sylviane brought to life in the Foundation and in Ehlers Estate.

In 2018, Laura Diaz Munoz was brought on as Winemaker and General Manager. Educated in Madrid and trained in various wine regions around the world, Laura ultimately landed in Napa Valley where she has been making wine for over ten years. In the spring of 2019, Laura hired vineyard manager, Michael Wolf of Michael Wolf Vineyard Services, for farming and maintenance of the estate vines. His meticulous nature and practical experience in the field, along with his respect for the land and those that tend it have made him a natural fit for Ehlers Estate.

We strive to continue the legacy of Bernard and Anne Ehlers, and Jean and Sylviane Leducq, who saw the potential that today you can taste in every bottle of Ehlers Estate wine. 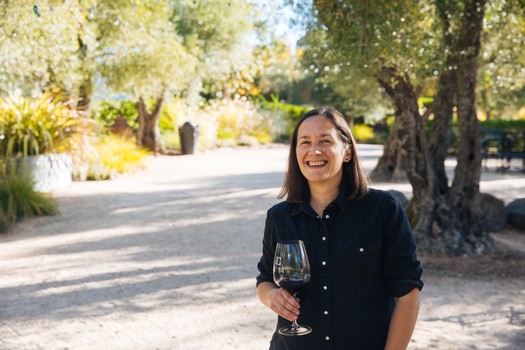